The Cure for Recovering From the Entrepreneur Grind

As an entrepreneur, most of my days are a blur of excited, intense, getting-s#!t done productivity. Solving problems and moving our company forward is what I live for.

But… not all of my days are like that. Some days are unfortunately spent slogging through, waffling between decisions, unproductively jumping between tasks, or watching for the clock hand to twitch rather than actually accomplishing anything. Sound familiar? We’ve all been there. Let’s face it: sometimes we all get burned out by the daily entrepreneurial grind, and when you feel like you’ve been working non-stop for the last five centuries, it’s hard to muster up any motivation.

Yeah, you probably have days where you feel like you’re a lethargic slug being crushed by a man- eating plant. It's okay! It happens to the best of us.

So... is there a cure? Is there a fancy anecdote you can take that will magically imbue you with the power to slog through another god knows how many more hours of teeth grinding, edge-of-the-seat stress? Luckily for you, there is! (And no... it is not illegally acquired Adderall.)

TLDR: The cure is…

Get out there and do other stuff! And when you HAVE to do work stuff, stick with the fun stuff.

It doesn't have to be crazy; it can be simple. After all, not everyone’s idea of a good time is running through a muddy field while getting shocked over and over again by 10,000 volts worth of dangling wires. (Yes, I’ve done this.) Just get out. Every day, get out. Out of the office. Out from in front of a computer. Throw your phone in the toilet and flush it to get rid of those pesky work calls (Erm… okay, maybe don’t go quite that far). 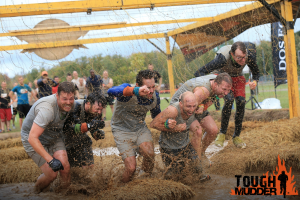 (Yes, those are live electrical wires hanging down. Ouch.)

But get out. Take a walk, find a fuzzy animal to hug (preferably a domesticated one), let your inner beast out and stuff your face with peanut butter spooned right out of the jar (a personal favorite)

For one, if you constantly work and never give yourself time to relax, you’ll likely burn yourself out pretty quickly. And I know from experience that once you burn out, it's super duper difficult to get much of anything done at all. One day you’ll sit down at your computer and say “OK, brain! Let’s do this giant six foot long list of things I need to get done today!” and your brain will take one look at that list and pull the metaphorical blankets back over it’s head.

Constant work and no play will probably make you look something like this cat every time you’re trying to get stuff done:

So, don’t let your workload drag you through the mud. In fact, there have been studies that have shown that taking breaks from work (even small 10-20 minute ones) tends to correlate with an increase in people’s productivity. For example, a study conducted by DeskTime to identify the most productive employees in the company and understand their habits found that the top 10% most productive employees all had a tendency to work for a period of about 52 minutes at a time with approximately 17 minute breaks in between. Taking frequent breaks in between and doing something unrelated to work, such as taking a walk, talking to colleagues, exercising etc. allowed employees to stay better on task and work more efficiently during the periods they did concentrate on work.

In addition to increasing your productivity, taking some time to get away from the grind of work can refresh your brain and make you be able to see any issues you’re banging your head against or tasks you need to complete in a different light. Getting some distance can put things into perspective and help you recognize options that you didn’t realize you had when you were sitting around, attempting not to face plant into your desk from boredom.

But what about these days:  “But I HAVE to get MORE WORK DONE!!!”

I know, I get it. You’ve got money to make, bills to pay, customers on the phone asking for that next great feature. Every night. Every weekend. Every morning before the sun comes up... And then all day too.

By working on something you’re passionate about or interested in, you’re being productive, but you aren’t burning yourself out. Instead of setting yourself up for a bad time in which you can’t get anything done and are fighting the urge to shake salt over your slug-like self, you’ll be able to keep up your stamina and your sanity.

Don’t fool yourself; you’re still probably a slug, but maybe you’ll look more like this guy: